In early 2016, Laura Todd realized that she wanted to get healthier and increase her energy—that she wanted to look and feel better so that she could keep up with her busy lifestyle. She began with a New Year’s Resolution to get to the gym and exercise more frequently but didn’t change her diet. While exercising made her feel better, none of her clothes were getting any looser. “I was 28 at the time, so I think my thirtieth birthday was looming large in my mind,” said Laura. “I had noticed the pounds start to creep on in the second half of my twenties, but I wasn’t sure what to do about it. I wanted to get back in shape before I turned 30.”

In March, after three months of exercising without seeing the results she was hoping for, Laura’s chiropractor introduced her to the Paleo Program at Saskatoon. And the rest is history.

“I have Celiac Disease, so I’m restricted in what I can eat to begin with,” Laura said. “But what I realized when I started eating Paleo was that, even though I was staying away from gluten, that didn’t mean I was eating healthy. I don’t cook at all; when I was diagnosed I made the mistake of eating a lot of gluten-free substitute items,like rice pasta, and a lot of processed, pre-packaged convenience foods. That’s why I’d slowly put on weight and why the exercise was having almost no effect. I was eating a bunch of junk that wasn’t good for me.”

Laura made an appointment and met with Edmund and Renee to discuss her personal goals and dietary needs before she signed up for the program. While there are other Paleo or pre-made meal services in the area, Laura says that the high quality ingredients and the personal attention drew her to Saskatoon’s program.

“Edmund and Renee were very good to me. We started with the standard plan and went from there. They sat down with me for about 45 minutes and talked over my objectives, concerns, and hopes for the program,” Laura said. “Then they customized a plan that worked for me. They really care that you’re meeting your goals and getting what you want to get out of the program.” 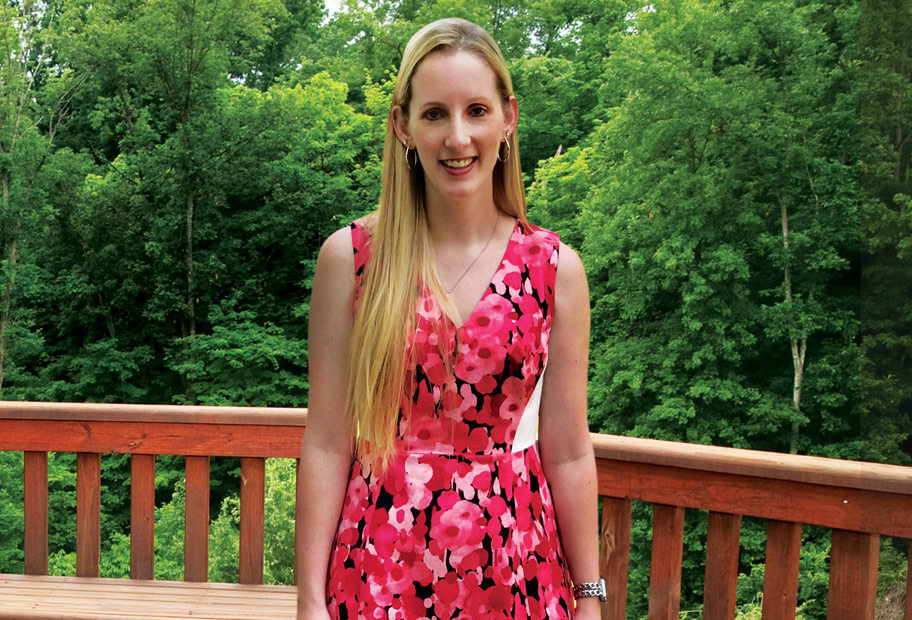 Because Laura did not want to eat Breakfast, Edmund customized a five week program that included Intermittent Fasting protocol with Branched Chained Amino Acids for Breakfast followed up by 7 lunches, 6 dinners, snacks, desserts and supplements.

“I have never been a big breakfast person,” said Laura. “In fact, the thought of eating breakfast makes me a little sick to my stomach. But nearly every diet I’ve ever seen insists you have to eat breakfast to lose weight and be healthy. Edmund and Renee had an alternative that works for me, fills me up, and gets my metabolism going without making me feel sick in the morning. That’s the kind of personalization I’m talking about.”

Laura’s initial goal for the five-week program, which she started in conjunction with a total body transformation exercise plan, was to lose a couple pounds so she’d be more comfortable at an upcoming wedding.

“I happened to start about a month before I was supposed to be a bridesmaid at my best friend’s wedding,” Laura said. “Technically, my bridesmaid’s dress fit—but breathing was a challenge. So I thought, I’ll give this a try for a month and see what happens. To my surprise, by the wedding day the dress fit perfectly.”

According to Laura, the convenience of the program and the ability to eat healthy without having to think about it are the factors that have contributed the most to her success. She says she’s incredibly impressed with the results and with how good she feels—because she doesn’t just want to look skinny, she wants to take good care of herself, too.

“Edmund and Renee want everyone to eat well and feel great. I come all the way down from Seneca once a week to get my meals, so you know I love this program.”

“When I think about it, though, even with the drive I’m saving so much time every week because I never have to cook or spend any time shopping or cleaning up after I make a meal. I’m also getting restaurant-quality food without paying restaurant prices. For someone like me, it’s an incredible value.”

Encouraged by her initial success, Laura continued on the Paleo Program with the ultimate goal of losing 30 pounds. She has currently lost 55 pounds and is continuing to get lean.

“I was never interested in a quick fix or a fad diet that I wouldn’t be able to maintain. I didn’t want to lose weight quickly, feel miserable, and then put it all back on again,” said Laura. “With the Paleo Program, I’ve lost a steady 1.5 to 2.5 pounds a week. I’ve lost the weight I wanted to lose, and I’ve felt great the whole time. In fact, I recently tried on that same bridesmaid dress for comparison, and it’s now 3 or 4 sizes too big!”