The Perfect Prescription: How Jackie got off blood pressure medication, reduced her cholesterol, and eliminated acid reflux.

As most Paleo connoisseurs know, there is a self-protectiveness that begins when you start the plan. You have to stay focused on your goals and you have to be careful when you go out to eat. Stay on plan and don’t accidentally (or in a moment of weakness) eat something that could set you back mentally or physically. So when Jackie Heintzelman first started Paleo meals with Saskatoon, she too was rather strict, to ensure that she would be able to stay on plan and on the road to health. Jackie, however, went to the extreme.

“One time we went to Saskatoon for dinner, and I had just started the meals,” she remembers with a laugh. “I was so strict that I actually took my pre-packaged meal and had them heat it up for me at the restaurant.”

Outside of how Edmund and the team feel about heating up their own Paleo creations during dinner hours (he just chuckles fondly when he remembers this), that level of commitment had huge payoffs for Jackie. Since starting the Saskatoon Paleo meal plan a little over a year ago, she has had significant health benefits that she loves to tell others about whenever possible.

About three years ago, health complications led Jackie to believe that she might have Barrett’s Esophagus, a potentially serious side effect of gastroesophageal reflux disease. Her internist at the time, Dr. Sheila O’Grady Irwin, recommended significant dietary changes to help rein in the issues she was having.

“If there was ever anyone I wanted to thank, it would be her,” Jackie says. “I knew I had to make a choice then: Do I want to have a healthy lifestyle or continue down the path I was going?”  With high blood pressure, and elevated blood sugar, she knew she had to do something.

With Dr. O’Grady-Irwin’s help, she first started by removing gluten, dairy, caffeine and sugar from her diet, and while it helped, eventually she hit a plateau. It was at that point that she remembered something a co-worker had once told her about.

“About three years ago, a girl from work came in with one of their Paleo meals and told me about it,” she remembers, “We had eaten at Saskatoon for years, but I hadn’t heard of the Paleo meals. But after that point I didn’t think any more about it.”

Eventually, though, her doctor would recommend Paleo, and that conversation would pop back into memory. So, she signed up, and noticed huge results. 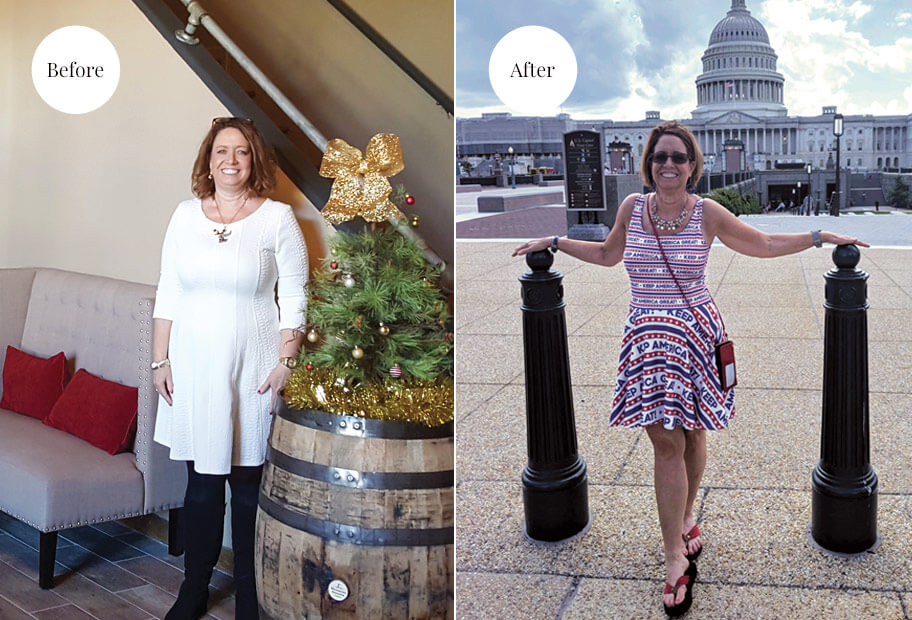 “I noticed a big difference when I went on Paleo; my acid reflux was gone, I came off my blood pressure medication, and this past year my cholesterol drastically went down,” she says, noting that the portion control the meals offer is a big part of her health. “I like it being portion controlled. It’s too easy overeat otherwise, and I am miserable when I do.

“I’m probably now in one of the best spots I’ve been in a long time.”

“Jackie’s story is one of success,” Renee Woo says. “While we are the ones who prepare her food for her, it is because of her self-discipline and drive that she has transformed herself.”

But even though she has seen great success with the Paleo plan, Jackie remains strict with her regimen—one that includes a consistent exercise routine, as well as eating her meals at home as often as possible.

“For me, I noticed that when we went on vacation and I was off the plan for a while that the symptoms coming back,” she says. Now, she’ll eat at home every night, even if it means she misses eating out with her husband. “He eats at a local restaurant most nights. So much so that one of the servers asked if we were still together, because they never see me.”

Still, because of her successes, Jackie has become an inspiration for many—even though she says she doesn’t see it that way—to embrace the Paleo lifestyle and reap the benefits for themselves.