Streamlining Life with the Paleo Diet

After spending 50 years in the Upstate, marrying the love of his life, having two boys and adopting a little girl, Will lived the American dream—the busy part of it, at least.

“My life is full, but the American way of running around and being so busy is hard,” he said. “The burden of the day has always been ‘Well, what am I going to eat?’”

Will works as a builder and has been in the industry for much of his life, even being a part of the construction of the new Lodge. When asked how he found out about the Paleo meal plans, he laughed.

“I’ve known Edmund for a long time, and I think super highly of him and his family,” he said. “It blessed me to help build his current restaurant with the lodge and rustic atmosphere. Working with him over the years led me to finding out about his meal plans.”

Finally, Will started looking at options to get his life away from the fast food industry, which America runs around, and wanted to eat healthier and cleaner than all that. For him, the Saskatoon meal plan was it. “I had seen the benefits firsthand. Chef-prepared meals I could pick from a la carte? It was just the best.”

Will’s perspective is somewhat unique—he didn’t go into it intending to lose weight, but instead wanted to focus on being healthy and living a healthy lifestyle. 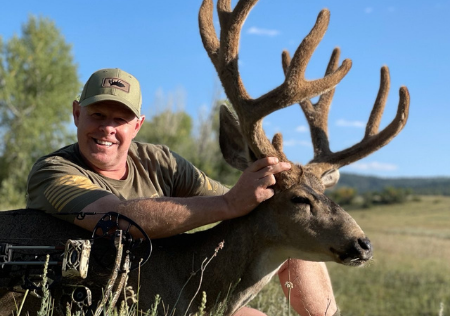 “I honestly was drawn to the quality and convenience of everything,” he mentioned. He initially started with the five-week program, but then went all in. While he ended up losing some weight, he realized the meal plan was making him much more aware of how he ate. “I have business meetings and lunches and such, so I do my thing sometimes. But the Paleo meal plan made me aware of what my intake was.”

When asked about some of his favorites on the meal plan, he laughed and replied, “Well, I would say sweet potatoes, but honestly, I love the pancakes in the morning! I love pancakes and coffee and it helps me get my day started.”

As many who have tried Paleo can attest to, Will’s quality of life has improved over the time he’s been on the meal plan, but the biggest thing for him was sleep. However, he notes that he’s aware of the food and drinks he puts into his body and has challenged his kids to be aware of what they eat, too.

“I’m resting so much better now and I find I’m much more alert,” he says, noting that he’s aware of the food and drinks he puts into his body and has challenged his kids to be aware of what they eat, too.And for those considering starting a Paleo diet? Will gives his full endorsement.

“ It’s easy, convenient, and clean eating for a lifetime,” he said. “It’s the best way to live every day.”