Living in Seneca and traveling to Greenville to their business every day makes for a full lifestyle for Fran and Tim Franke. With three grown kids, two grandchildren, and living an active life, they realized they needed a little simplicity in their meals, but still wanted to focus on creating a healthy diet.

“We have tried almost everything diet wise,” mentioned Fran, who notes that together, Fran and Tim had tried everything from Weight Watchers to Nutrisystem, and even tackled counting calories on their own. who’ve been on the Paleo Program through Saskatoon for two years.

“Before we started the Paleo program through Saskatoon, we tried so many programs and would burn out after a few months,” Fran said. While the diets helped keep their health on the right track, they were too busy to cook daily meals and grocery shop throughout the week. Then, a friend who’d been on the program for three weeks suggested Fran and Tim give the Saskatoon Paleo program a try.

“Honestly, we were skeptical,” laughed Fran. The prepackaged meals threw them off, reminding them of ineffective plans like Nutrisystem, which left an unpleasant taste in their mouth for both flavor and portion sizes. Still, they decided to give it a shot.

“We decided to try Saskatoon’s plan for five weeks but after we hit the five-week mark, we realized we were hooked,” Fran said. While the portions on other programs were terrible, with Saskatoon, they were perfect.

“The first few weeks I honestly couldn’t finish my meals,” said Fran. She made a point that a lot of diets give fewer portions to women while the men’s portions were huge, but not the case with the Paleo meal plan. Ultimately, there’s no slashing calories, which keeps both of them satisfied. “The food is world class, every single dish is perfect.”

When asked why they’ve stuck with the plan for two years, Fran mentioned the convenience made the world of a difference for her. She’s able to open her computer, choose from a vast variety of dishes, and then drive down the street and pick up her order for the week. 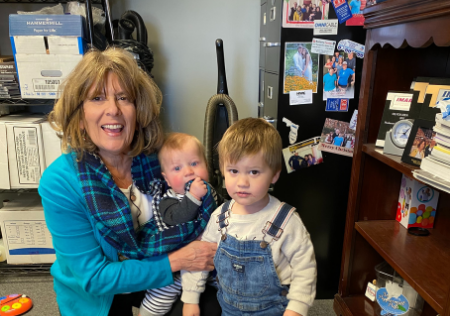 In the end, both Fran and Tim agree that Paleo is much easier and simple to maintain than all the other plans, and gives them the opportunity to try new foods in new ways. “You get to know a lot more foods than you originally thought you’d enjoy,” she said. “I was never a big sweet potato eater, but now I love it.”

“Honestly, the program couldn’t be easier. I choose my meals from the weekly menu and pick up my prepared meals when they’re ready. This is the only program that includes all three meals for the entire week, as well as snacks and supplements, so there’s no time at the grocery store, no time prepping meals, no time cleaning up after meals. It’s truly amazing how much more time I have in the week since starting Paleo.”